BEWG, established in July 1st, 2008 and listed in Hong Kong Stock Exchange (HK00371), is one of the most influential and leading enterprise in the field of Water. BEWG has expanded its water supply capacity to 20 million tons/day in 5 years since it started with the supply volume of less than 1 million tons/day. BEWG has also diversified their activities from waste water treatment to supply of clean water, sludge treatment, improvement of water environment and sea water desalination.

**On HiSIS Pilot Plant in Caofeidian**
NAGOKA will treat sea water by HiSIS (High Speed Sub-seabed Infiltration System), and supply such pre-treated water to RO Membrane System (Scope of BEWG).
In order to confirm and verify the effectiveness of sea water intake and pretreatment process of water from Bo Hai Bay, this Pilot Plant will be tested for about 2 years starting from July, 2014.

**On Caofeidian Desalination Project**
This project is to supply 1 million metric tons per day of clean water to Beijing which is approved by The National Development and Reform Commission.
(Reference: Report from Japan-China Economic Association) 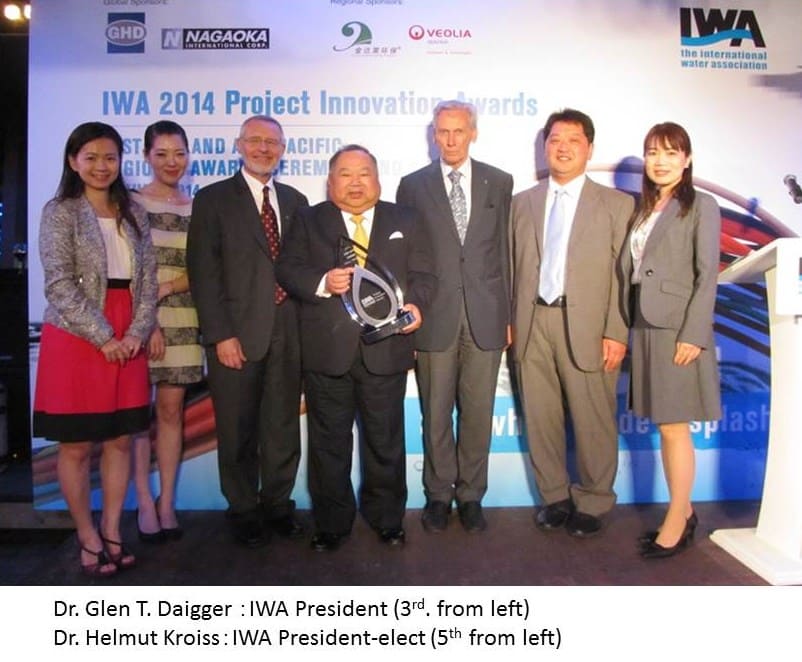